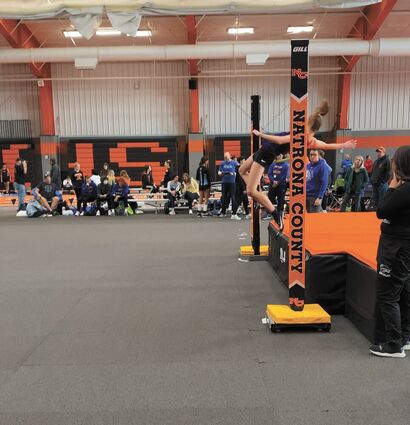 Above: Pine Bluffs Hornets No. 5 Reed Thompson jumps high for a three pointer against Lusk Tigers.

The Hornets had an emotional night as it was senior night and the return of one of their players who has been out for the season with an injury. The Hornets took on the Lusk Tigers in a conference game that would show the return of Ty Sweeter last Friday. The Senior Hornets honored their parents just before the game and then honored one of their own at the beginning of the game. Number 34 Ty Sweeter has been out due to a knee injury during the football season. He was able to suit up during this game and with the assistance of the Lusk Tigers scored the basket for the Hornets. It was emotio...