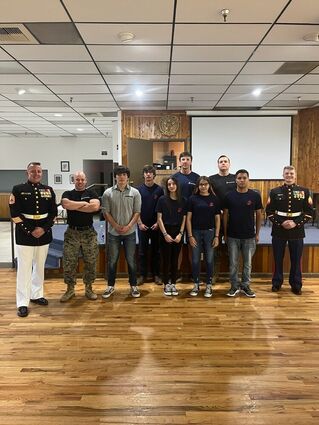 Above: New recruits at the Cheyenne, Wyoming office.

It was a vision of the Second Continental Congress that gave us the United States Marine Corps. On November 10, 1775 they decided there was a need for two battalions of Marines to cover and protect as landing forces with the Continental Navy during the American Revolutionary War. The war lasted from 1775-1783.

Due to the growing conflict with revolutionary France, they re-established the Continental Marines giving us the Marine Corps. It is one of our seven uniformed...